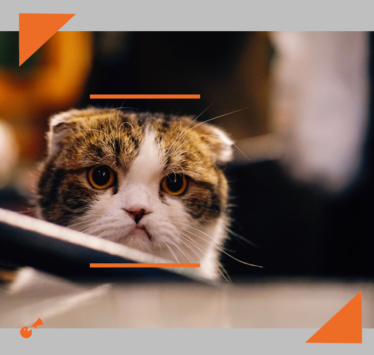 Why isn’t your audience taking action?

It’s a question I ask frequently.

After we set a clear behavior goal and define the priority audience segment, I ask my clients to list all the reasons why the audience isn’t currently doing the desired behavior.

I hate this answer.

I understand why it surfaces. It stems from our frustration, and even our bewilderment, at the fact that people aren’t taking seemingly simple steps to do what’s right for the planet.

But it’s a throw-away answer.

Plus, it’s incredibly judgmental and disparaging of our audience members.

It’s our job as behavior change enthusiasts to do better.

The difference between won’t and don’t

Typically, when someone calls their audience “lazy”, they’re reacting to the fact that their audience members aren’t doing what they want them to do.

Either they’re not taking action at all, like not going out to vote.

Or, they’re not following the provided instructions, like putting their recyclables in the correct bin.

And because people aren’t doing these things now, we then assume they won’t ever do them because “they’re lazy”.

Inertia and status quo bias means it is easier to do things as we always do them, than it is to do something new or different (which requires more energy & effort).

This is often why we don’t do things.

This is human nature, and it’s a barrier we need to address in every single behavior change project we run.

Which is why a big part of our job in motivating action and change is making our call-to-action something worth doing so we help our audiences overcome their inertia.

If we take the time to truly assess why audiences aren’t doing the things we want them to do, then we’ll discover a whole array of (very real) reasons, even beyond inertia.

Some of the most common reasons why people don’t do things are because:

WE ARE BUSY. The opposite of lazy!
Juggling multiple things in life (work, kids, friends & family, social media, etc.) leads to forgetfulness, impatience, and impulsiveness with decision-making. This mental scarcity results in many people putting things off until later, at which point they will likely forget what they intended to do.

WE SEEK CONVENIENCE & EASE.
This comes partly as a result of being busy and partly because advances in technology have shifted our expectations. But the net effect is that we’re not interested in being inconvenienced.

If the process of taking action is difficult or confusing, and it starts to eat-up precious time (unnecessarily), then NOPE – it’s not going to happen.

WE’RE SCARED OF CHANGE.
Doing something new or different is scary, and that sense of fear or uncertainty triggers our desire to stay within our comfort zone (status quo bias). We rarely admit that something scares us, but this is a big reason why people need lots of encouragement and support to make a change.

WE DON’T SEE THE BENEFIT.
With so many things competing for our time and attention, it’s natural to ask “why should I bother doing this?” And we if don’t give our audience a compelling reason to do it and make it worth their while, then we should expect that they’ll skip it and move on.

“Lazy” is not a real reason why people don’t take action.

It’s one we unfairly ascribe to them.

And it’s detrimental to our audiences, our projects, and our larger missions.

We do better by digging deeper.

We do better by not dismissing our audience’s ability to change when given the right tools and motivation.

We do better when we remove “lazy” from our vocabulary.

The problem with problem trees
When should we start something new?
Give yourself permission to have fun
Share on: