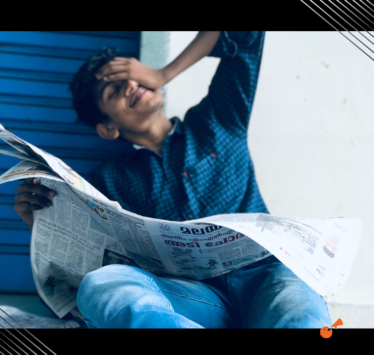 Is the Press on our side???

Is the Press on our side???

Listen to the post instead of reading it here:

Brooke Tully · Is the Press on our side???

Last year, I started subscribing to an email newsletter called Press Run, which focuses entirely on holding the political press accountable for how news is presented to the masses.

Reading these emails three times a week has been eye-opening (and alarming) as I’ve come to learn how much leeway the press has for representing, and skewing, the truth and how little accountability there seems to be.

In my last email, I talked about the frustrations of conservation misinformation being spread online.

Yet, this may be the most frustrating part of all: the fact that news outlets and the press don’t seem to be on our side.

In fact, they’re likely a big contributor to our challenges.

Based on what I’ve been reading and looking at, I see 3 main ways the press works against us.

Focusing on the negatives

As you all likely know, I’m a big believer in using optimism and hope in conservation messages so audiences believe change is possible and that it’s worth the effort.

Yet, throughout the COVID-19 pandemic, the press – especially outlets in the United States – have been focusing primarily on negative stories.

A new study being published by the National Bureau of Economic Research, titled “Why Is All COVID-19 News Bad News?”, dives into the details of this negative focus.

Here is a summary of the findings by David Leonhardt of the New York Times:

The coverage by U.S. publications with a national audience has been much more negative than coverage by any other source that the researchers analyzed, including scientific journals, major international publications and regional U.S. media. “The most well-read U.S. media are outliers in terms of their negativity,” Molly Cook, a co-author of the study, told me.

About 87 percent of Covid coverage in national U.S. media last year was negative. The share was 51 percent in international media, 53 percent in U.S. regional media and 64 percent in scientific journals. 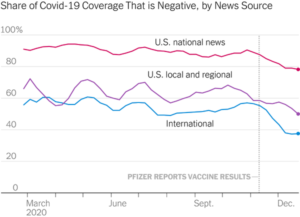 More negative than scientific journals!!! Do you know how hard that is to achieve?!?!?!

While media outlets may benefit from online readers and algorithms being hungry for negativity, it does a huge disservice to the wider society by dampening optimism and resilience.

No wonder we feel tired.

In fact, this likely contributes to behavior change fatigue and lack of validating feedback loops I mentioned in my second pandemic musings post.

This is quite similar to focusing on the negatives, but produces a different – yet equally damaging – impact on us.

All of it tempting us into believing that MOST people aren’t following the rules.

By over-emphasizing the few rule breakers, and ignoring the majority of those in compliance, the press created a false descriptive norm.

The big risk here is making rule followers believe it’s not worth their time or effort to remain diligent. If the herd is flouting the rules, then what’s the incentive to go against them?

Here’s an example of creating false norms around the Paris Climate Accord that received backlash for its misrepresentation of the majority. (The second post is a corrected version created after receiving backlash.) 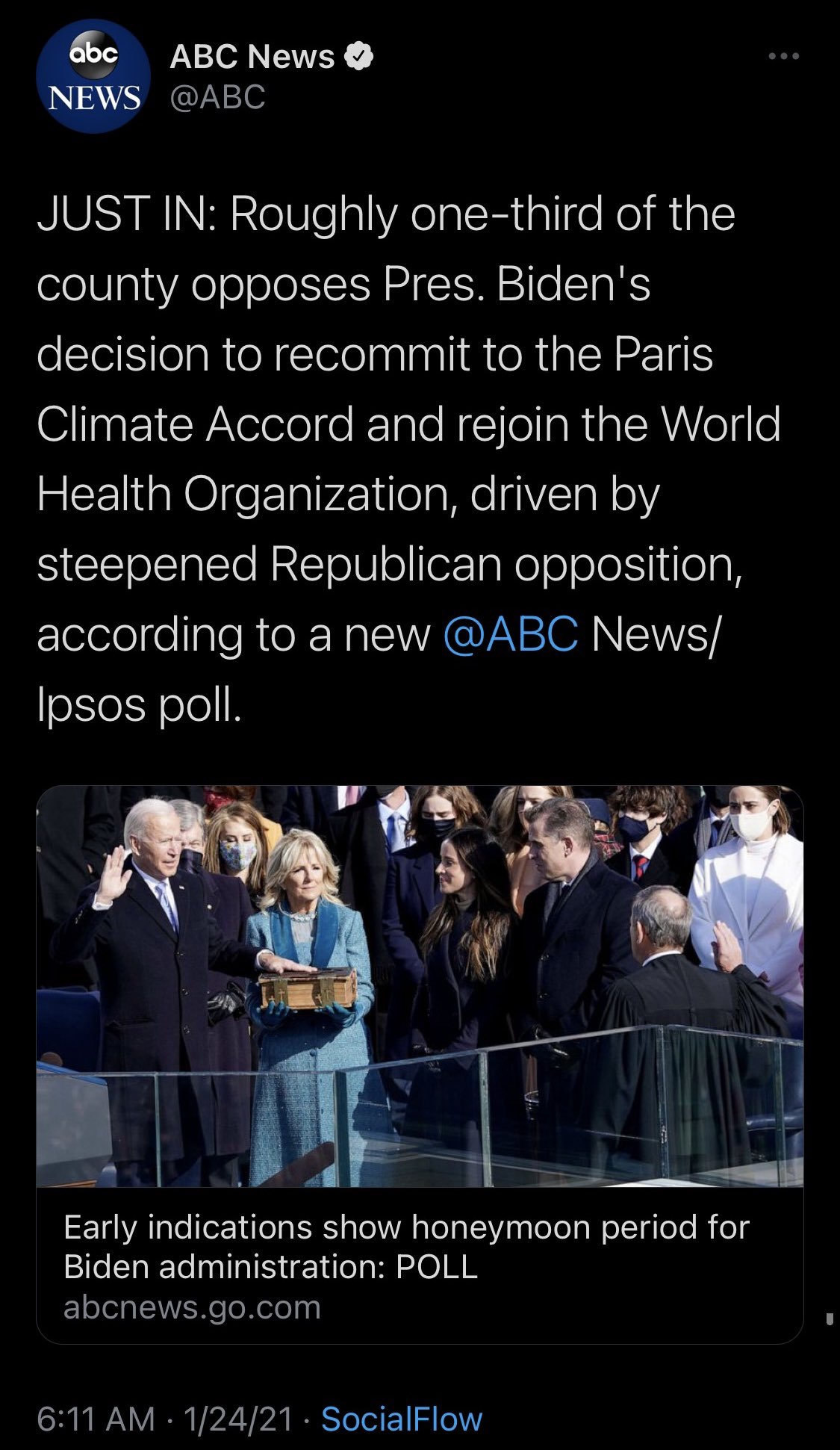 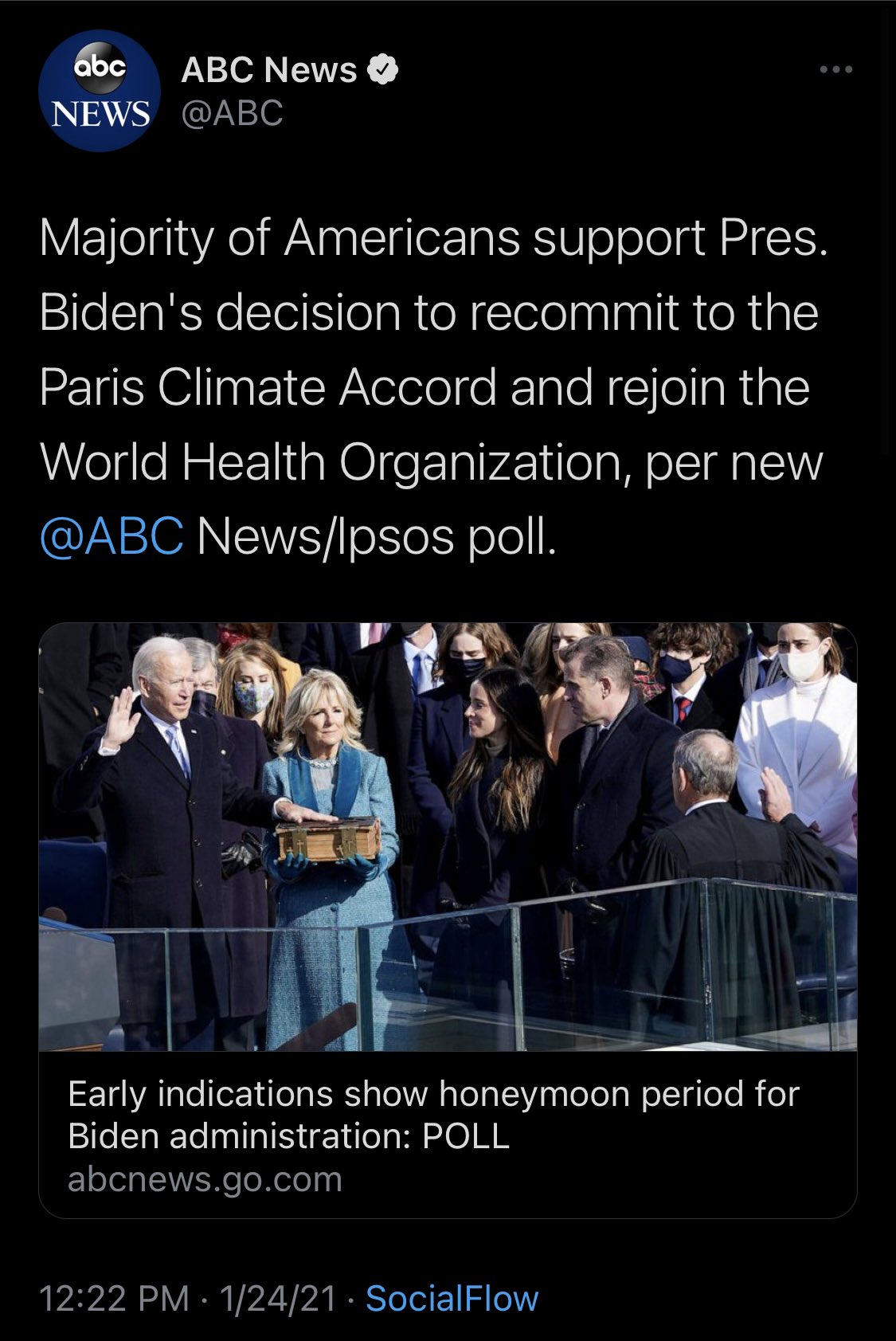 Although the data point in the first post is accurate (one-third opposes), the way it’s presented as breaking news and its over emphasis on how a sub-set of the country feels (which is negative) produces a take-away feeling that most people oppose this action and creates false drama.

Leaving out the details

Headlines and tweets have limited character counts, so there’s always some detail that has to get left out.

I struggle with this every time I’m planning out my social media posts! Twitter always forces my hand on word choices.

But when it comes to sharing ‘breaking news’, word choices can make a huge difference in how information is received.

Unfortunately, I continue to see news organizations opt for click-bait headlines that misrepresent the full truth, seemingly without much concern about the implications of doing so.

A recent example of this revolves around the FDA’s decision to pause the Johnson & Johnson vaccine to investigate six cases of rare blot clot reactions, yet the press repeatedly chose to leave out the details of how many vaccine recipients experienced this reaction.

Eric Boehlert, the writer behind Press Run, does a great job of capturing the implications around these word choices:

It would have been such a simple fix to include “six cases” in each of those headlines, or “extremely rare” in order to give the story crucial, factual context. It’s especially important to provide that full meaning during a public health crisis. Reading those headlines, people likely assumed there were hundreds if not thousands of cases that prompted the vaccine “pause.”

By repeatedly failing to put the J&J pause in proper context, specifically with headlines, news outlets bear some of the responsibility this week in pushing alarmist narratives that don’t match the facts.

I’m sure we have plenty of examples for how leaving out these details have impacted our work on protecting species and habitats, addressing climate change, encouraging sustainable behaviors, and more.

For example, this headline and video that recently appeared in my social media feed: 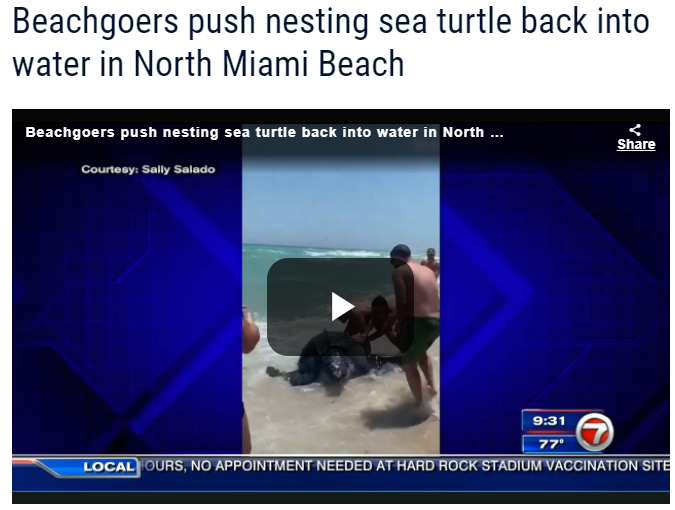 Looks to be another one of those “local heroes save beached animal” posts, as there’s no obvious indicator in the headline that pushing the sea turtle into the water was a bad thing to do.

If one bothers to click on the link, there’s a half-ass, softly worded statement about the turtle’s likely intention to nest and a note that beachgoers should pay attention to posted signs.

But we all know that 90% of people will never go beyond the headline or video and will walk away thinking these lovely folks saved that poor turtle.

Which could be avoided if the headline didn’t leave out the details or pretended that adding the word “nesting” was all that was needed.

What can we do?

I’ll include another plug here for creating and sharing alternative narratives widely and frequently to combat misinformation!

In addition, I don’t recommend sharing bad headlines or articles on social media as examples of what not to do. I saw the above nesting turtle post because it was retweeted by a marine biologist with a simple face-palm emoji for context.

Good intentions with damaging outcomes – let’s not give these posts any more social media airtime.

As for reaching the press themselves; I don’t have much experience working with them directly, so I’m a bit out of my comfort zone here.

But this feels like an area where pushing for greater accountability is needed, similar to working with politicians and legislators.

We can call-out and correct misleading headlines and articles, celebrate outlets who get it right as examples to emulate (and share THOSE articles), and mobilize our constituents to demand better when it gets really bad.

Personally, I’m a fan of the “fixed your headline” approach I’ve seen on social media, like the below examples. 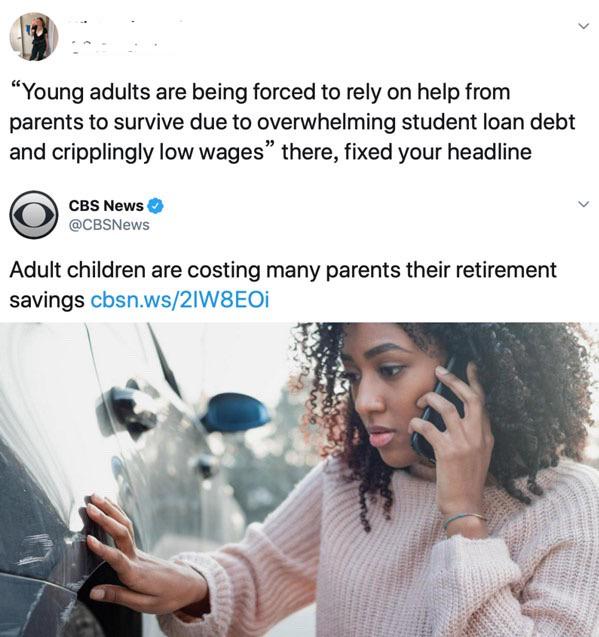 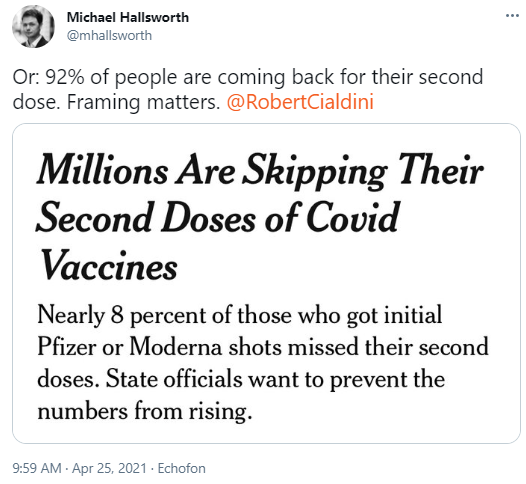 It feels like an easy, effective way to demonstrate how a headline can be written accurately while sending a message to the press and other readers.

I’m not sure if it will result in widespread change, but it certainly signals a need for greater care and accountability in what’s being put out there, and can encourage others to speak up in a similar fashion.

And then, hopefully, we can get the Press back on our side.