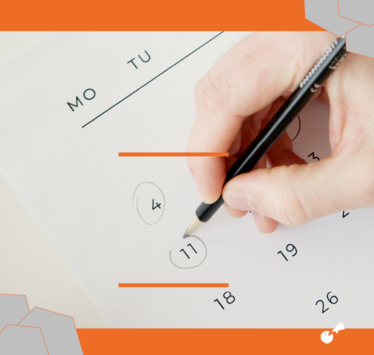 When should we start something new?

When should we start something new?

Happy New Year to you!

At this time, you may be crafting resolutions and setting intentions for the year ahead.

It’s something that many of us do, myself included.

But why is this such a popular time to set new goals for ourselves???

Couldn’t we have done the same thing at, say, the start of October?

One truth is that we can set intentions to start or change behaviors at any time.

January is not technically a better month for embarking on a journey of change than any other month.

In fact, I could probably make an argument that, in some geographies, the weather and lack of sunlight makes it a crappy month to start something new.

Yet, another truth is that milestones in time make it easier to commit to doing something new.

Conceptually, these dates help us prepare – mentally and logistically – to take the leap of creating a new practice.

I’m sure you’ve done this before in your own personal change efforts. It’s that thought of, “I’ll start exercising on Monday.”

You could start on Saturday, but that milestone feels arbitrary and out-of-sync with how we view time. I mean, why would I start something at the tail end of the week?

Starting something new on a Saturday may not be ideal for another reason: our mental bandwidth will likely be low.

We’ve completed a whole week of work, and Saturday is when we start our period of rest and recovery.

Which means our mental bandwidth will be lower at the start of the weekend, with the energy tank getting refilled by Monday morning (knock on wood).

Starting something new when the energy tank is low feels like too big of a challenge; one we’d gladly put off until later.

It’s also not a recipe for success since low energy means we’re likely to get frustrated faster and give-up sooner when attempting new or different habits.

This is why starting something new after we’ve had a bit of rest, like a weekend, or vacation, or holiday break, can feel more achievable and – even – exciting.

The book Scarcity talks about this in the context of financial stability.

It was studied that the best time to ask sugarcane farmers to start a new behavior was directly after harvest season. This is the time when income was at its highest and, therefore, stress was at its lowest – making the farmers more receptive to conversations around trying something new and different.

Helping our audiences turn over a new leaf

Knowing that these mental milestones can make new behaviors easier to start, we can explore how to incorporate this into our communication plans.

For example, if we’re asking people to adopt a behavior that should be done daily or weekly, like eating more plant-based meals, then we can assume that most people will start the change on a Monday.

In this case, we could prompt the audience to do their prep work on Sunday, like developing their meal plan for the week, so they can hit the ground running on Monday.

Then we can provide prompts and support early in the week to help them get started, like recipe ideas and tips.

With encouragement messages happening later in the week to keep them going.

For your own behavior change projects, consider: is there a time when the audience may have the most mental bandwidth to get started?

If yes, then explore how you can align your communications with their energy and readiness to make moves. (Your answer to this question may be no and that’s OK, too).

Sharing one of my 2022 intentions

Since I’m human, I’m also susceptible to feeling that time-based milestones are great opportunities for setting intentions and committing to behavior changes – both professionally and personally.

For 2022, one of my main professional intentions is to further develop the Making Moves alumni program.

Over 250 practitioners have now taken the online course, and more will be added through the two cohorts planned for 2022.

This is an amazing network of behavior change enthusiasts eager to learn more, share with one another, and integrate social science and communication tactics into their work.

I want to do more to support this growing community of practice.

Truthfully, this is both a professional and a personal goal as I’m quite passionate (read, emotionally invested) in creating these connections and opportunities.

Goals related to this include scheduling a consistent and dynamic mix of online events featuring webinars by other alumni and outside experts, informal meet-ups, and even a few out-of-the-box activities like laughter and movement sessions.

Along with developing a masterclass course that dives into the complexities and nuances of designing behavior change programs and outreach plans (which I really, really hope to launch in 2022).

Writing down and sharing your intentions and goals with others can help you commit to them and follow-through.

Feel free to share yours with me, and feel free to wait until Monday to do this.