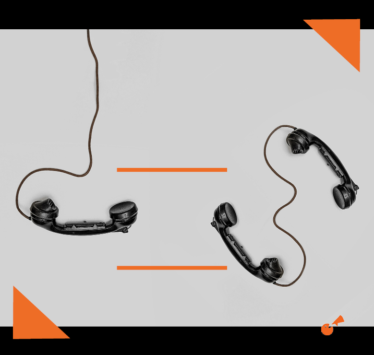 Communication is a tricky game

Communication is a tricky game

This past weekend I attended a workshop on Non-Violent and Conscious Communication. While these models focus on reshaping communication during moments of conflict, it reminded me that ALL forms of communication can be tricky.

Even when it seems like there’s no possible way your words can be interpreted differently than you intend them.

On this note, I want to share a personal story (albeit a slightly embarrassing one) that comes to mind when I think about issues of communication and perspective.

Picture it: my college years

For this particular in-class assignment, the professor stood at the front of the room behind his desk and held a pencil in his right-hand about 15 inches above the desk. His instructions to us were:

“When I drop this pencil, you will write down what you observe until I say stop.”

We all nodded our heads and then he dropped the pencil. A few seconds later he said “stop”. We had 10 minutes to write.

After the 10 minutes was up, the professor asked students to voluntarily share what they wrote.

Student after student read aloud their short story about how they observed the pencil drop from our professor’s hand. The sound and motion it made when it hit the table. What it looked and sounded like when it rolled down the table.

Although they all viewed the same scenario, they each described it with different views, different emotions and using different analogies.

(I could end the story here and say — see, everyone views the same thing through different lenses! But I haven’t gotten to the embarrassing part yet…)

Viewing the world through a very, very different lens

I sat there, four rows back from the front, listening to these stories in great confusion. I — somehow — got the assignment completely wrong!

I was having a mild panic attack and kept replaying the series of events that occurred, wondering how I got this assignment so incredibly wrong.

For the paper in front of me did not include a story about a pencil being dropped and rolling across a desk.

Rather, it included a story about all the things I observe in life.

While the rest of the class spent 10 minutes writing about a pencil, I launched into an alternate assignment altogether.

This is because when our professor gave his instructions, I interpreted them differently.

Of course, my professor called on me to share my story. The interaction went something like this.

I proceeded to read my story and watched as the faces around me grew increasingly awestruck at just how “off” my subject matter turned out to be.

Once I was done, all I could do was shrug and say “see, I told you I didn’t do it right.”

The moral of the story

It was a lesson in communication, interpretation and perspective for all of us.

As was my professor’s intention, a roomful of people can be witness to the same scenario, yet have 25 different ways of interpreting the events and communicating it to others.

The unintentional consequence I brought to the table was the realization that not everyone in the room was even receiving the intention, the goal or objective, with the same lens.

And why it matters

It’s critically important that our intentions are well understood by everyone in the room, whether it’s an internal meeting, a workshop, an event or festival, a community engagement or interaction.

Communication will always be a tricky game. We can never fully know how our receivers will interpret what we’re saying and whether it will be aligned with our intentions.

As communicators, our responsibility is to try and make it as clear as possible for our receivers.

And even then, there may still be that one lone person working on an alternate assignment altogether.

Thanks for reading (and not judging!)