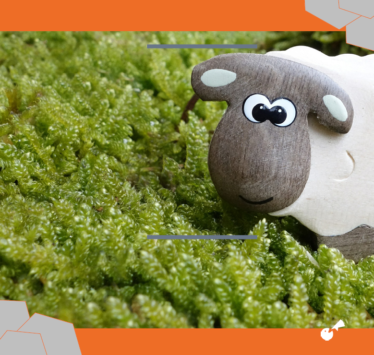 It starts with a story about me eating alone

I was at a free dinner buffet offered by the hotel where I was staying.

There were at least 10 other people in the dining area with me; everyone else was eating as a couple or a three-top.

The table in front of me got out of their seats – obviously done with their dinner – and carried their plates, silverware, and glasses to a nearby “wait station”. They dumped their uneaten food and waste into the trashcan and loaded their plates into the black bins before exiting the room.

Now, this was not the first time I’ve eaten at this hotel buffet (in fact, I ate breakfast there that same morning) and there have always been a staff of hotel workers on hand whose primary job it was to clear the tables after the guests.

So why, suddenly, was that not the case??? Or was it still the case, but this group of individuals felt compelled to clean up after themselves as responsible guests who do not wish to overburden their gracious hosts?

Initially I didn’t care about the answers to those questions until I reached the end of my own dinner.

If I operate based on my first-hand knowledge that the hotel employs staff to clear the tables, then I’ll still look like an inconsiderate guest since – so far – everyone else who has finished their meals cleared their own tables. Do I want to be THAT person???

And what if there was a sign or announcement I missed that clearly stated that guests should clear their own tables? Then I would REALLY be THAT person!

So I got up out of my seat, grabbed my dishes, silverware, and glass, and did exactly what the previous hotel guests did.

In other words…I acted like a sheep, following the herd.

What just happened there?

In less than 10 seconds, I changed my normal behavior based on the actions of three individuals whom I did not know.

Simply because I did not want to be perceived by strangers (or worse, the hotel staff) as being rude or entitled.

If that group of individuals were not there or did not clear their own table, or if they finished eating dinner after me, then I would have done as I normally do – leave my dirty plate setting for the hotel staff to clear.

The reason I continue to reflect on this personal experience, is because it reinforces two truths I hold dear about motivating better behaviors.

1. The amazing power of other people’s perceptions.

Actual and perceived social norms have an amazing ability to influence people’s actions, even for someone like myself who believes I’m not a sheep.

But when it comes to doing an action that appears to be “the right thing to do”, then looking bad is not something that anyone wants to experience.

If the actions of those other guests were in any way questionable or risky – let’s say they rudely threw all of their plates, silverware, and glasses into the trashcan – then that would never warrant consideration for copying.

But their actions met my personal, moral definition of being responsible and courteous. Who wouldn’t want to be seen as holding those same traits?

And it carries even greater risk when you may be seen as NOT “doing the right thing”.

2. The process of adopting a new behavior is not KNOW » THINK » DO

In fact, it was nearly SEE » DO full-stop. Most of my emotional analysis happened post action, which would result in a SEE » DO » FEEL process.

And then if we factor in the fact that the next morning I would be encountering the same situation again, you could argue that it’s SEE » DO » FEEL » DECIDE TO DO AGAIN or NOT DO.

There are many theories on how one adopts a new behavior, yet most still start with knowledge and awareness. In my case, what I knew was contradictory to what I saw.

I knew for a fact that hotel staff clear the tables in the restaurant, and based on that knowledge I have always left my table with all the empty, dirty dishes on it.

But my behavior shifted because I saw other people behaving in a different way and I feared being perceived in a negative light by others. So what would that be? SEE » STRUGGLE WITH EGO CONCERNS » DO??

Research increasingly indicates that we are heavily motivated by the actions of those around us and not by a rational, thinking, processing model such as know » think » do.

I’m willing to bet many of our own personal experiences reflect more of a SEE » DO » FEEL reality.

The answers we will not have

I still wonder about that night, and what the remaining individuals in the restaurant did after I left.

Did they continue the plate clearing because of what they saw?

Did a tipping point start and every guest that night cleared their own plates, leaving the hotel staff confused?

Or did the plate clearing cycle end as quickly as it started?

And you may be wondering what I did the next morning when I entered that same room for the free hotel breakfast buffet. Did I sustain the behavior and clear my plate again? Or did I resort back to my normal mode of operation and leave my plates on the table?

Well, that’s for me to know and for you to lose sleep over…