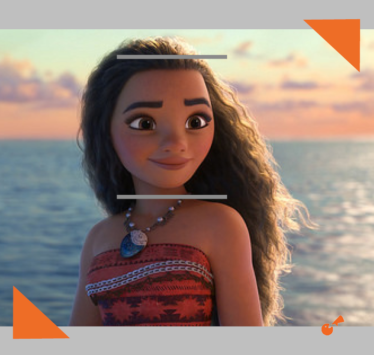 What Moana teaches us about behavior change

What Moana teaches us about behavior change

Many times, when teaching behavior change marketing to international conservation leaders, I get asked this question:

“What if the behavior you want to change is part of the community’s culture and not just a social norm? Is it appropriate to try and change someone else’s culture?”

The short answer is: No. It’s not our place to change the culture or traditions of a community that is not our own.

However, it is worth exploring if there are other aspects of that same culture that would support a change in behavior.

This could include traditions and beliefs that may have been forgotten, or ones that present an alternate point of view on the current or desired behavior.

There may be an opportunity to relate the desired behavior to another part of a community’s culture, so that you’re not asking a community to abandon or change long-held traditions.

How Moana did it

When I watch the movie Moana (and yes, I always cry throughout the entire second half of it), it reminds me of the above question.

There’s a lot we can learn about behavior change through Moana’s experience.

Moana felt an intense pull to explore the ocean surrounding her home island. Yet her father and everyone in the community insisted that “going beyond the reef” was not something they do.

Their stated culture and tradition involved staying on the island – there was even a song about it.

Seeing the need for change

Moana’s attempts to convince her father and the fishermen to go beyond the reef included making rational arguments and proclamations that it’s the only solution, and even trying to demonstrate the behavior herself (albeit unsuccessfully).

But these approaches were not effective and did not move her father or the community to behave differently. Sound familiar?!?!?

Through the teachings of her grandmother, an elder in the community, Moana learned there was more to her community’s (and her father’s) history than she had known.

Long forgotten, and intentionally hidden, was their history of ocean exploration and being at sea. A history and tradition to be proud of.

Moana’s brave and adventurous journey not only returns the heart of Te Fiti to restore nature’s balance, but also brings back the voyager roots and origin of her culture.

By resurfacing these forgotten traditions, she was able to reduce fear and connect the behavior to something bigger. Something everyone could connect with and feel proud of.

In the end, Moana didn’t change the culture of her community. She expanded it.

What it takes to do this appropriately

We also learn from Moana that this approach is not easy.

If your program is facing the prospect of asking a community to do something that appears to be against current traditions and cultural norms, then it’s important to proceed carefully.

The most important first step would be to conduct a lot of qualitative research, and ethnographic research would be even better, to gain as much insight as possible into the community you’re working with. When doing this research, be sure to:

Listen closely to all community members.

Keep an open mind and check preconceived notions at the door when learning from the community.

Hear their perspectives on the issue, the opportunities, and the traditions.

Speak to members who represent all the different sub-segments of the community, so you get a variety of ages, livelihoods, gender, roles, and more.

Explore the history and traditions of a community.

Understand how these traditions started, which ones have faded away, which ones they’re most proud of (and even least proud of), and which ones are talked about and taught the most (and why).

If possible, read/hear the stories told among peer groups and families that highlight their traditions.

Acquire a deep, deep understanding of the community and culture.

This also means: don’t rush into it without knowing as much as you can.

Every community and culture has layers to it and it takes time to see and understand them all.

Knowing how a community operates, who are the influencers within the community, and how previous changes have occurred are important to learn.

Carefully select your messenger of change.

Had Moana been an outsider, her messages would have been even less well-received.

Most communities don’t want someone else telling them what they should or shouldn’t be doing. But that doesn’t mean there isn’t a willingness to adjust and change.

The messenger of change needs to come from a trusted source, which is typically a member of the same community.

These tips can help uncover insights about a community’s culture to identify opportunities for relating a desired behavior change to existing traditions and values.

Just the way Moana did.

Persuasion versus Manipulation
Motivating Action & Change for the Environment
When your leader is a laggard
Share on: