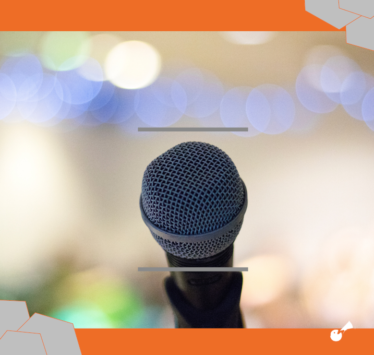 Hearing from the next, next generation

Hearing from the next, next generation

We all tend to be pretty focused on the Millennial generation, but what about the generation after them?

Those born between 1995 and 2012 known as Gen Z or the iGen. What do we know about them and how they prefer to receive information???

Well, lucky for me and you, I have pre-teen nephews that can provide us with a bit of insight into what’s to come.

For a recent public-speaking project at school, my nephew William researched, wrote, and delivered the following speech on what makes a YouTube video popular to a Gen Z’er.

But I’m not up here to talk about how a hundred hours of videos are uploaded to YouTube every minute.

Or how YouTube was founded by 3 former employees of PayPal.

Or how almost one-third of internet users use YouTube.

Or how the first video was of the co-founder of YouTube at the San Diego Zoo.

I’m here to talk about popular videos on YouTube. Popular videos are the ones that have the most likes. And to get likes, you need 5 sacred things in your video.

To remember them, use this abbreviation: F, DNE, M, G and E.

Make sure your video is funny.

When your friend says I do parkour then lands his head against the pole, just hope you were videoing that.

Or when two people run at each other with exercise balls and break each other’s faces.

Or when some poor kid can’t stop skiing and then dives head first into a rack of skis.

DNE is Definitely Not Educational.

Anything like helping verbs, prepositions, multiplication tables, or how to start a conversation in Spanish will not get you many views.

We all want to be like Berto; a YouTube star, right? [this is an inside joke among the class]

You’ve got to be funny. People don’t get likes by singing helping verbs to a Bruno Mars song.

M is for music.

A lot of music videos are very popular. Out of the top 100 most watched videos on YouTube, only 5 are not music videos.

And one of those is a 54-minute cartoon to the tune of “Wheels on the Bus”. I was pretty confused, too.

The most watched video on YouTube is Despacito, it has 4.77 billion views. That’s about half the population of the world.

A lot of YouTubers get likes and views by playing video games.

This is when some person videos themselves playing a video game and then posts it on YouTube.

I know at least half the boys in this room watch people doing this. I am one of them. Whether it’s watching them winning a game or failing – I love it.

Watch some guy do two flips in a row and then shoots a basketball from 20 yards away and swishes it. Yeah, that’s what I’m talking about.

Another one is flipping 30 water bottles in a row. This can get you a lot of likes, mainly through the people using montages of them.

I hope you use this speech and start posting videos that I can laugh at.

His speech focused on how difficult their parents’ lives were since they grew up without smartphones: they couldn’t go more than a few feet away from the house phone, they had to use paper maps for directions, had to rely on tapes and walkmans for music, and could only check the weather forecast on TV or the radio.

Hope you enjoyed this peek into the future!

Rethinking...Job Requirements
Rethinking...Sacrifice
The problem with problem trees
Share on: