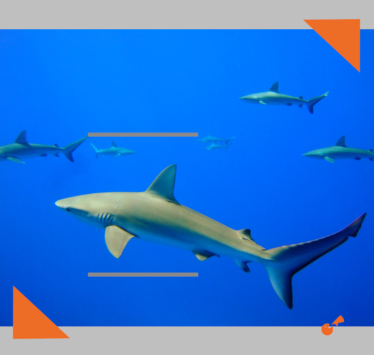 Why it’s a mistake to call it a shark attack

Why it’s a mistake to call it a shark attack

I am both intensely fascinated by and immensely scared of sharks.

Because of this tension between fear and curiosity, I often find myself binge watching shark shows on TV.

It was a very interesting show where divers and conservationists conducted a series of experiments to see how sharks respond to different stimuli.

They tested smells, noises, shiny objects, and lights among various species of sharks to assess their responses.

It was like the Mythbusters of shark reaction theories.

This show’s main takeaway and message is that, most of the time, sharks are responding to stimuli. They are not attacking.

Even when humans get bit by sharks, it is rarely an ATTACK. It’s an encounter or an incident.

Throughout the episode, the show shared facts on how toilets, room fresheners, buckets and pails injure thousands more Americans each year than sharks do. (Note: I’m not sure how room fresheners made the list…)

So why in the hell is this show called Shark ATTACK Experiment?!?!

And I know that you know that, Nat Geo.

The description of the show even asks: “Are sharks really out to get us? Are these predators mindless man eaters demonized by the popular media and movies like “Jaws”?”

Did you mean demonized by the popular media including yourselves??? Because you’re not exactly setting the record straight here, either.

The website for this show both highlights the number of shark attacks around the country – strategically listed before the number of toilet injuries that have occurred – while simultaneously spouting that sharks have been given a bum rap and are in danger because of humans.

You cannot, and certainly should not, scream “shark attack” every chance you get AND tell us that we need to protect and save them. That doesn’t work.

Those are competing emotions and messages.

As humans, we are more likely to fall victim to fear (myself included) and that’s a disservice to the plight of sharks everywhere.

If you can’t tell, I’m pissed.

And the reason I’m pissed is because WORDS MATTER.

I’m not being an alarmist here, either.

As an example, Australia has received a lack of public support for regulations that protect sharks from over-fishing. And this is because most people believe sharks are killers and shouldn’t be saved.

To counteract this, a local aquarium added an introductory priming message before their shark exhibit explaining that when most sharks bite a person their intention is not actually to attack.

Their goal was to re-frame how visitors perceive sharks prior to seeing them.

Results of this study showed that after the priming message, people felt more compassion and understanding towards sharks.

Which means, they were more likely to take action to protect them.

This means that when we yell “shark attack”, people form the perception that sharks are aggressive, human-seeking eaters.

Yet when we change our tune and accurately acknowledge that sharks do not intend to bite or attack humans, people become more empathetic.

But what about ratings and clicks??

I know. We want people to watch our shows, read our blogs, visit our sites, and pay attention to us.

So we lean towards shock value. But at what cost?

Words matter. And they don’t just matter in that moment, in that headline, for that TV menu guide.

Words have the power to shape our perceptions and intentions.

And as a crew of people trying to create positive social change, we need to wield that power mindfully.