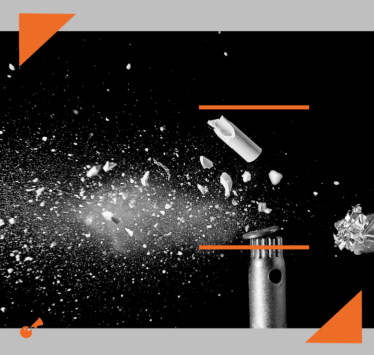 Nearly every presentation, workshop, talk or article on conservation solutions I’ve encountered caveats that it’s not a “silver bullet”.

Silver Bullet (noun): Something that acts as a magical weapon. Especially: one that instantly solves a long-standing problem.

I’ve even said it myself.

Behavior change communication is not a silver bullet. It’s meant to complement other efforts like policy and enforcement and management planning and livelihood support and alternatives and so on.

Most of us claim there are NO silver bullets. That we need all these solutions to make an impact.

And that seems pretty accurate and fair.

Complex problems can sometimes become even more complicated as you begin to solve them. With implications and domino effects that could not have been predicted.

WE know how tricky this is. Which is why we repeatedly say there is not ONE solution. There is not a quick fix. That we need all hands on deck.

But yet, when a solution begins to gain traction, researchers and conservationists are some of the first to push out articles and quotes saying that it’s not solving the right problem.

Or it’s the wrong solution.

Or it’s too little to make a difference.

We are now experiencing a MOVEMENT around reducing single-use plastics that has spread to audiences we typically have a hard time engaging.

Corporations like McDonald’s and Coke are even getting on board (!!), which has been an even harder audience to mobilize.

Government officials are pushing out policies, fines and bans which, not that long ago, would have been received as “big brother” governing.

So WHY (?!?!) are organizations and individuals in our same field (ostensibly on our same side) putting out statements like this:

If we say there are no silver bullets, then why do we keep expecting to see one????

None of the above points are technically wrong. But they still cut our own efforts off at the knees.

They don’t celebrate the progress being made.

They seem to ignore that change often happens in incremental steps and phases.

They don’t acknowledge that we’re heading in the right direction.

And worse, it suggests to our audiences that their conservation actions aren’t worth the time or energy.

Let’s do it differently

By celebrating the wins and progress being made.

By openly recognizing that we’re not there yet, while spreading optimism that we CAN get there.

By sending the right kind of positive cues to the media, and everyone else, on how we should be talking about these issues.

By more of this:

“We know that just banning plastic straws will not be enough, but it’s a start,” said Dune Ives, executive director of the environmental nonprofit Lonely Whale. “Maybe you decide today to bring your reusable water bottle or mug with you, or you decide not to buy that cucumber that is wrapped in plastic. Every little bit helps.” also from Banning plastic straws will not be enough .

There are more than enough cynics and skeptics OUT THERE.

We don’t need to also be cynics and critics IN HERE.