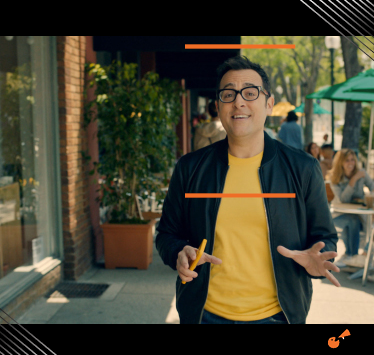 Is the Ex-Verizon Guy Really Influencing Us?

Is the ex-Verizon guy really influencing us?

I was watching TV when this guy popped up on my screen. It had been many years since I’d seen him on TV and thought: “hey, wow, they brought the can-you-hear-me-now-guy back. Cool.”

But then I quickly realized that he was wearing a yellow t-shirt and there was a Sprint logo on the screen and he’s talking about how he’s switched to Sprint. And then I thought (and likely said out loud in my living room): OH SNAP!!! Sprint recruited the Verizon guy to be their spokesperson. Genius!!!

I was amped up – possibly in a way that only an advertising geek can be – running through thoughts on how clever it was of Sprint to do that, how much it represents an “in your face!” to Verizon, and how I can’t believe he switched phone companies!

But then my cynicism kicked in

(Also known as my ‘critical thinking hat’) and I thought, why do I – or anyone for that matter – care what phone service this random guy is using? He’s an actor. How do I even know that he used Verizon’s service when he was in those commercials back in the day, or that he actually uses Sprint now? Maybe in real life he uses Vonage or some shit. I mean, he is an actor. He gets paid to say the lines that someone else writes for him. Yet…amazingly…my initial instinct is to feel that he is a credible source of information.

He is, in fact, a man-made influencer.

Who are these so-called influencers?

Advertising and behavior change communications use influencers all the time. Many times these are athletes and celebrities that people are already quite fond of who go on to promote a specific brand or product. Since we like these individuals, we transfer the positive attributes of that person onto the product and then go buy it. I mean if Sofia Vergara says to use Head & Shoulders, then I’m using it dammit!

Sometimes these influencers are the “experts” – either real like Warren Buffet, or representative like the doctor actor wearing the famous ‘white lab coat’. 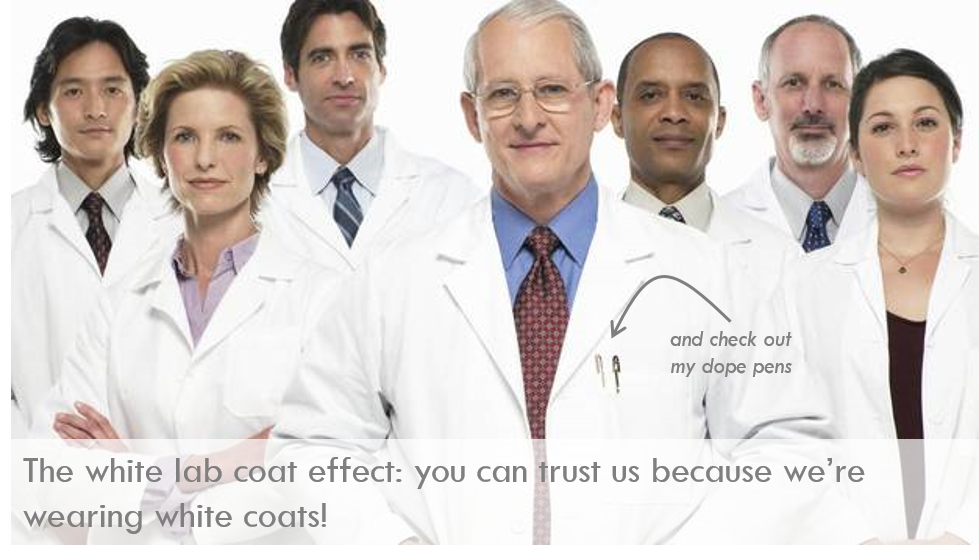 Sometimes influencers are actual members of the community who are respected, well-regarded, and looked-up-to. Such as a village elder, a local “mother hen”, or someone charismatic who is great at bringing people together.

And sometimes…the influencer is created and manufactured.

As is our dear ‘can you hear me now’ guy. He was first positioned to us as a Verizon field technician who was testing the strength and breadth of Verizon’s cell service – an “expert” – that we grew to consider to be reliable and credible. After all, he WAS testing the phone in all those random places after all, right?!?!?

And now, our reliable source for which phone company is the best has switched! GASP! And it actually gives us pause to consider if we should ditch our Verizon plans and go for Sprint.

This is the power of influencers, regardless of them being real or man-made.

A tangent about this specific influencer approach

Now interestingly, Sprint is featuring this man as Paul (his real name) as a real person who used to say those Verizon lines and used to be a Verizon customer. And Paul is now a Sprint customer.

But as a consumer, I don’t actually care about Paul the actor (no offense dude). What sparked my interest was him as the Verizon field technician who was jumping ship, which is a much bigger deal to me than an actor accepting a new job and, yes, switching phone plans too. I would also switch to Sprint if my Verizon contract was up and Sprint contacted me to join their plans and pay for me to be in their commercials, and on their website, and have a twitter account for them. [Hey Sprint, in 2 years when my Verizon contract is up… CALL ME!]

So I get the inclination to make Paul real, but it diminishes the influencer power he has over me. Again, I just care less about Paul the actual guy (and again – no offense dude) than I do the pretend Verizon field guy.

If you want to create an influencer

For those of you considering going the man-made influencer route, keep in mind that it takes a long time to create and build these characters to the point where they have credibility in the marketplace.

The “can you hear me now?” campaign ran for 9 years with Paul as the lead actor. NINE YEARS. Similarly, the Dos Equis “most interesting man in the world” campaign has been running for 11 years. ELEVEN. So, it’s certainly possible to do, but please don’t underestimate the time and financial commitment it takes.

When doing research for this article, I ran across this quote from Jeffrey Nelson, who is a Verizon spokesman, on the CNN website: “Sprint is using our 2002 pitchman because their network is finally catching up to our 2002 network quality.” OH SNAP!!! MIC DROP! HAHAHAHA!

ON THE BIAS: Mere Exposure Effect
ON THE BIAS: The IKEA Effect
This or That: Easy To Do or Impactful?
Share on: