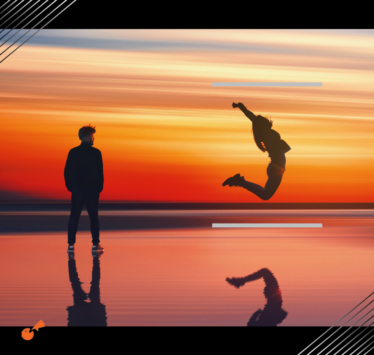 When we’re mapping out plans for achieving conservation goals, we start to realize how many things we need people to do.

As we sort through these many things and begin to prioritize which ones to focus on, I always like to ask:

Both, at the core, are asking people to do something. But the difference lies in the frequency in which they need to do it.

A behavior for an individual is a new habit and, among a group, is a new social norm.

For individuals and groups, it represents a new way of doing things that should always be done in this manner moving forward (or until a new norm comes along).

An action is exactly that – a thing done; a one-time act that someone or a group does when it’s time to do so.

To make things trickier, you can also consider a third category of routines. Routines run a wider spectrum of frequency from once a quarter (i.e., reviewing budgets) to multiple times per week (i.e., exercising).

A main distinction of routines is that even when done with regularity, they still require planning, conscious thought, and effort to complete. Most routines will never achieve the automatic nature of behaviors and, therefore, continue to require prompts, reminders, and motivators. 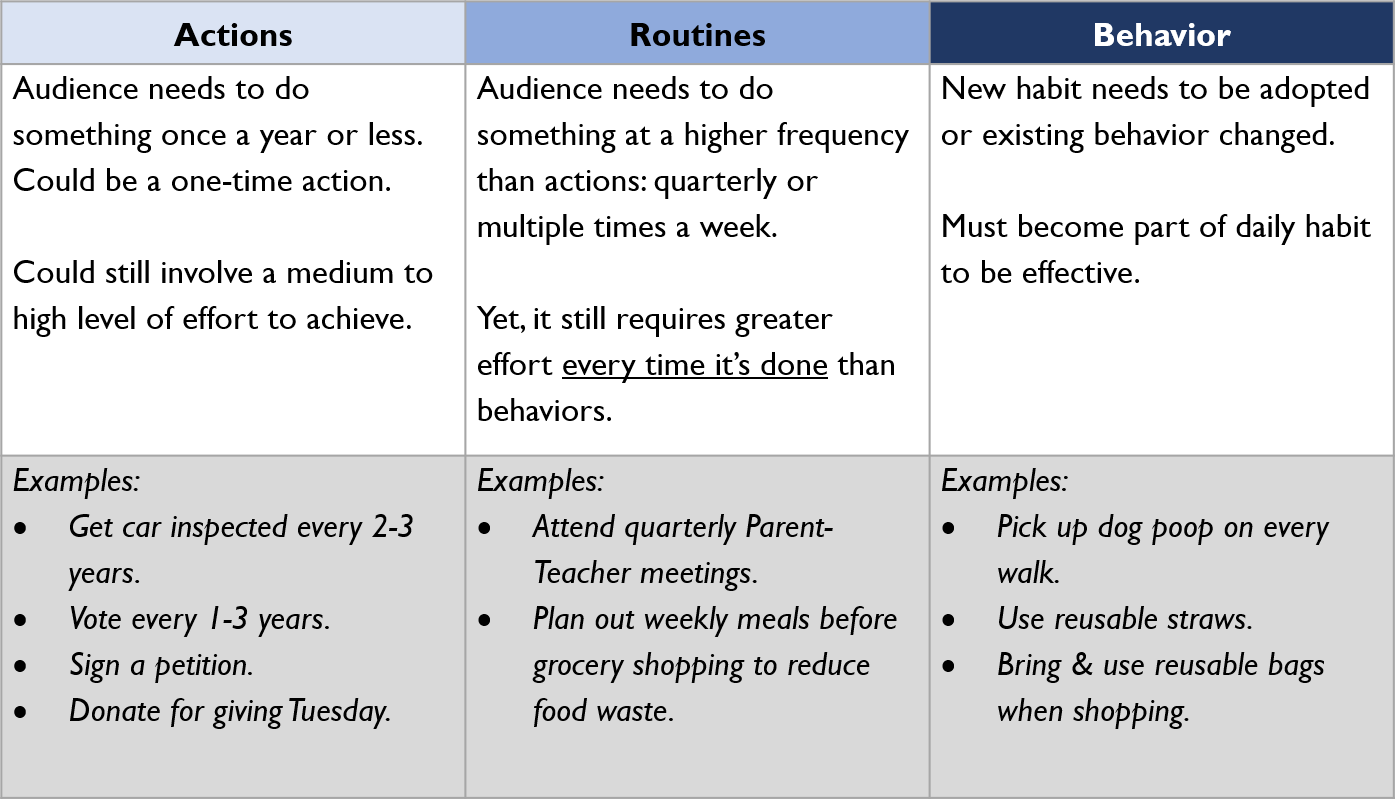 Why do these distinctions matter?

There are three reasons why it’s important to know if you’re asking an audience to take an action or adopt a new behavior.

It can impact your project’s sequencing.

Actions and routines can be important “stepping stones” that help prepare and move an audience towards a new behavior.

They may also be necessary to create the right “conditions” for behavior change to occur; for example, attending a training to build capacity for doing the behavior.

It will impact your communication approach.

Getting people to take an action typically requires less lengthy and less intense communication efforts and can often be achieved through short bursts of reminders (like flu shot reminders).

However, new behaviors and norms take a longer time to form and require multiple communication approaches over an extended period (like remembering to bring your own grocery bags).

It will impact your choice of messages.

Getting people to change their behaviors typically requires messages that reinforce the benefits, demonstrate that it’s a good norm to adopt, and includes personal motivators for change.

Whereas actions and routines won’t always require as much heavy lifting to convince people and can focus more on serving as a reminder with only a few reasons for why it’s important.

Interested in digging deeper on this topic for your own behavior change program?

Then check-out the details of my online course. The 8-week program helps you identify actions and behaviors in the very first lesson before we dive into audience segmentation, barriers & motivators and crafting messages that motivate.

You’ll be part of a dynamic group of behavior change enthusiasts all working to protect the planet, and the fun doesn’t stop when the course ends – we’re building an exciting alumni program with over 150 members that keeps the learning and exchanges going. Join us!