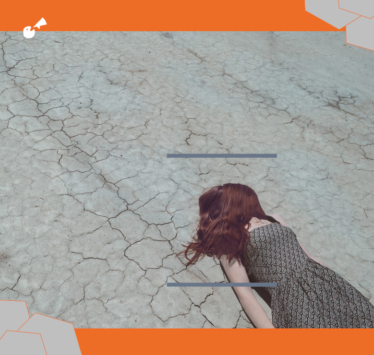 What happens when you fail to fail?

What happens when you fail to fail??

The Joy of Failing

There are many articles circulating the interweb on the benefits of learning from failure.

Many companies are even adopting a “culture of failing” where it’s the norm to prototype a new product, get it out into the market to test it, and learn from where it failed and where it succeeded.

This is a common cycle with the aim of developing never-ending iterations to meet consumer needs.

Although there are a ton of resources out there on how to learn from failure, I feel they are all missing one key essential step:

In order to learn from failure, one must – FIRST – recognize that something has actually failed.

You may say, “no shit, Sherlock!” But this is a very real problem. How can you ever possibly learn from failure if failure never happens?

It’s easy to recognize failure if an entire business has gone broke and folded, but the mini failures that occur along the way can be difficult to spot (especially if you aren’t looking).

A while ago, I attended an event being co-hosted by two non-profits that had similar target audiences but worked on different causes. This was an invite-only event meant to engage board members, woo prospective donors, and engage the local community.

I was in a unique position as I was privy to the inner workings of one of the host organizations, yet my role at the event was mainly as an observer.

After attending this 4-hour event, I walked away with the following observations and conclusions:

Yet, when the organization I had insider access to held a debrief meeting on the event, these were the comments I heard:

And that was the end of the story. It was a success and the meeting moved on to other topics.

Why I’m being so critical

Now to be clear, this was not a shit-show of an event. It wasn’t a disaster. It was a small, ok-ish event.

I’m sure you’ve been to similar events where it feels “ok” although you’re not quite sure what it’s about, but hey – they had snacks and that’s pretty cool.

The reason I am so critical of the event is that I know the organization is resource-strapped, and seeing it spend weeks and hours of staff time without getting a return on that investment (either in donations or increased exposure or introduction to new donors or anything), and getting taken advantage of by another organization, pisses me off.

Lean organizations can’t afford too many instances of investments that don’t produce returns in either the short term or over the long run.

I am critical not because this one event was a flop, but because they were now at risk of repeating this mistake for years to come.

Simply because no one was willing to say “hey, weren’t we hoping more people would show up? What happened?”

What’s the root cause?

In some situations, this denial happens because of pride or discomfort/fear with admitting that something didn’t go well.

But more often than not, it’s because success was never clearly defined to begin with, which means it’s nearly impossible to know if failure has occurred.

Whether you are planning an event, scheduling a meeting, preparing for a presentation, or developing a large-scale project, it is critical to set clear goals for what success looks like.

You must know what you want to achieve.

And it is ok if those things don’t get achieved, because that’s where the learning lives – and that’s where all the ‘learning from failure’ articles really come in handy.

But it’s absolutely necessary to stack your actual achievements against your goals to identify where failure, or ‘less than we hoped’, happened so that those same failures don’t repeat themselves.

It won’t be easy and it definitely won’t feel like fun – at first – but then you get to brainstorm ways of doing it better next time and that can be fun.

Use this learning report

To help you in the journey of recognizing failures, I’ve created this learning report that you can download and use for every upcoming event, activity and project.

Use it to set objectives at the start, assess what worked well and what didn’t, celebrate the achievements and avoid repeating mistakes.

It includes instructions on the second page and examples for how to fill it out.